What is the TCA youth squad?

The squad – also known as the Bristol Climbing Team down south – comprises aspiring young climbers who have been selected to represent The Climbing Academy (TCA) at local, national and international climbing competitions. They meet regularly to train, work on skills and encourage each other to develop in the sport.

We asked Owen Taylor who has graduated from his time in the Bristol Climbing Team to tell us a bit about his experiences.

Ever since TCA first opened (I was 5 at the time) I have been climbing around the centre. I remember when my older sister joined the squad and started going on squad trips in the bus I thought it looked like a lot of fun and I aimed to one day be in the squad too.

So I was actually in the UnderCover Rock (now called The Church) squad originally and I think I joined when I was 9. As soon as I was old enough to join the TCA squad at 12 I entered the tryouts and managed to get in, which I was very excited about, especially after seeing the squad around the centre for so many years. Then the two squads merged to make The Bristol Climbing Team and I continued to be a member. So it’s close to 9 years in total.

Squad trips up to the Peak District were always the highlights of the squad year for me. The trips were always great fun and having the chance to climb on boulders outdoors is a good experience. One time another squad member was so eager to get out the bus after the long drive that he accidentally kicked over the box containing our dinner and smashed half of the pasta sauce jars. It was definitely funny enough for it to be worth missing out on some pasta sauce for dinner.

Waking up early to go to competitions such as the BMCYCS or Blokfest and feeling nervous but ready to perform is a feeling that I’ll always remember. I managed to podium several times in the BMCYCS regional rounds – allowing me to represent the South West at the finals in Ratho, Edinburgh. I think that squad enabled me to gain a lot of competition experience that I otherwise wouldn’t have. One last memorable moment was that before UCR and TCA merged and I was in both squads, I took a t-shirt from each squad and sewed them together in the middle to create one t-shirt. It’s pretty funny to look back at but I thought it was cool at the time.

I’d say my climbing happy place is being in the thick of the winter and summer series climbing competitions. I always enjoy being in TCA when it’s busy and the music is loud so you can get in the zone and the Winter/Summer series comps are always the peak of this. I also enjoy these comps because they are friendly and the comp format is usual ‘redpoint’ which means you can have as many goes as you wish within the time limit and this means that you don’t feel like there is a lot of pressure. Furthermore, you can work through problems with other squad members and climbers to find the best beta. 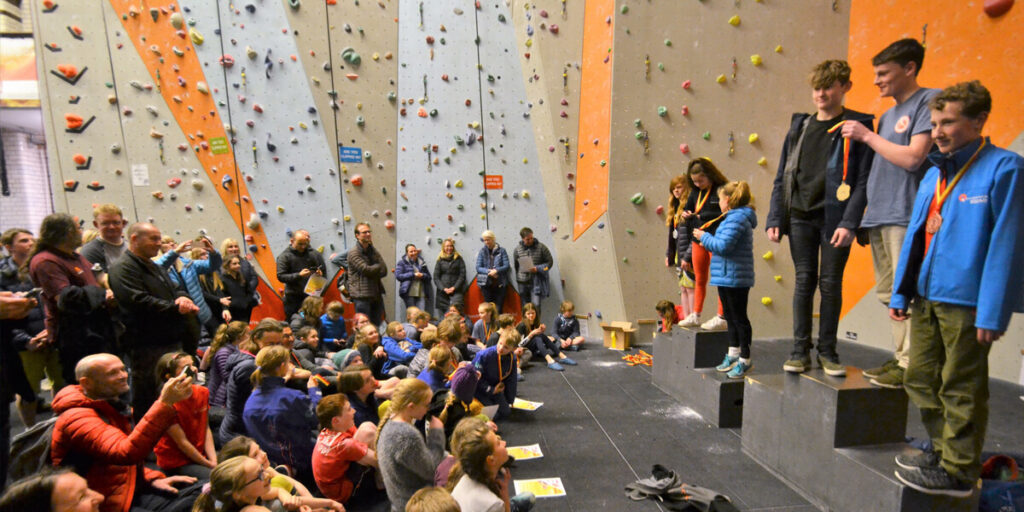 I’ll miss the routine it’s given me and I feel like being in the squad makes you want to push your training harder and enter more competitions. Especially as you know that many other friends from the squad will be doing the same competitions too.

Rest. Especially on difficult problems. Often beginners get wound up by not being able to complete a problem and they’ll keep trying and trying every time they fall off. Unless you’re doing endurance-specific training I think it’s important to rest in between attempts. Taking 5 minutes out to lose your pumped forearms and running through the moves in your head can make a lot of difference.