We caught up with Rich Emerson, one of TCA’s founders and directors to get to know a little more about him.

My dad was a climber in the 50s so there were loads of old guide books and climbing books at home. I was hooked as a real youngster and he took me each year to Ilkley and said I could start climbing when I was big enough to do S Route – it took a few years!

Paul (Twomey) always wanted to set up a bouldering wall. He had loads of climbing wall knowledge and experience but needed to partner with someone with a business background. We were walking together into a winter route in Italy and got talking about his vision – I had some time so we started working on it. 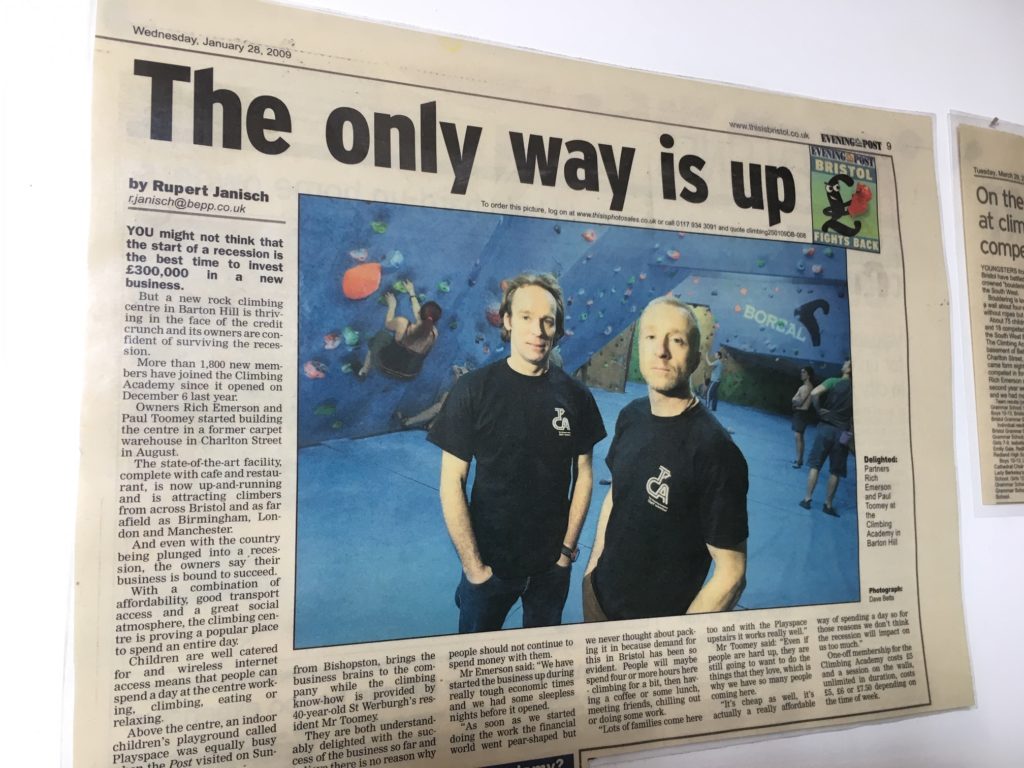 I’ve been involved in climbing since I was a small kid so I guess it was inevitable.

On the rooftop of the Walltopia office in Sofia, Bulgaria, drinking by the pool whilst listening to the owner of Walltopia sing covers of Metallica with a full band.

I spent most of my time looking at spreadsheets!

Climbing, riding my bike or skiing.

In the mountains on big routes – it doesn’t matter where, they just have to be big routes with a real history.

There are too many!  Big alpine routes, winter routes, failing to ski Shishapmangma, first time in Font, Angels Crest with my son and his girlfriend, Banana Peel with my daughter – I could go on and on and on!

Just get involved. Climbing is a really wide activity – if bouldering doesn’t work for you, sport climbing might or trad – or maybe they all will – they do for me. Get into the mountains there are huge possibilities. Always enjoy the adventure and appreciate the awesome environment.

All of them and I’d add ski mountaineering and alpine climbing.

Someone else asked me this recently and I couldn’t think of anything – maybe I’m not easily embarrassed?
[Ed: is that a challenge?]

Things are moving pretty fast now. We’ve got a finalised wall design with a 4.5m high comp wall, 2 massive top-out boulders and a big cave. The building work is all spec’d and being put into a project plan.  We take possession on 1st June and are still working to a 1 Oct opening date, all being well. We know our climbers will love it!

We’ve been working with Parallel Architecture on the design, with an architect called Robbie Thompson. When we originally built The Mothership, we worked with his dad. Robbie climbed at TCA from a young age and went to study Architecture in Glasgow where he was able to climb at The Newsroom. Now he’s qualified and doing his own work. So it’s been really nice to bring things full circle and continue working with climbers who understand our business. We’d thoroughly recommend Robbie if you’ve got any projects. In the meantime check out our big announcement video: