With not long to go until the Olympic Games 2021, competitive climber and BD Local Hero Roz Frugtniet takes you through the format, the ones to watch and the wildcards!

THE ROAD TO TOKYO

First time in the Olympics

The sport of climbing was due to feature in the Olympics for the first time in 2020. With that event delayed and some controversy still surrounding the 2021 games in Tokyo, the pandemic has taken our eyes off the sport itself. So we wanted to give you a rundown of the key facts you need to know.

Three separate climbing disciplines will feature in the 2021 games: speed, boulder and lead. We’ll delve into that further, but first who will be competing? 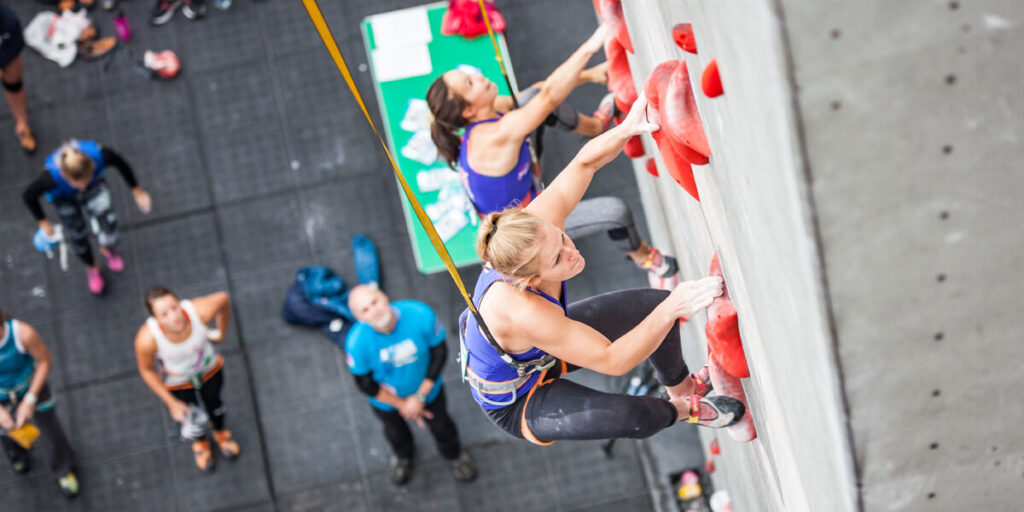 There are 20 athletes in the men and women categories. They have qualified through various competitions in 2019 to gain their place in the Olympics. There is a winner from each continental championship, so there is good representation across the globe. Some controversy was caused due to the fact that only 2 men or women from each country can be selected, so big teams like Japan and Slovenia – where there are multiple athletes good enough to be in the Olympics – had to fight it out with their team-mates to qualify. Team GB has one athlete qualified, Shauna Coxsey.

Shauna is an ex-World Champion at bouldering and has worked extremely hard to improve her other two disciplines, making her one to watch. She is seeded 3 in the women’s competition.

To win an Olympic medal, climbers must compete in speed, bouldering and lead climbing. This caused upset in climbing circles as the best competitors in each discipline may never even practice another style. Some saw this as a ridiculous compression of the sport while others embraced the challenge of having to train to compete in all three.

We already know that the disciplines have been split for the next Olympics in 2024, so that there will be gold medals available for each type of climbing. So what’s the difference between each event?

First the athletes will have to tackle the speed wall. For non-climbers, this will be the simplest event to understand. Speed walls have one set 12m route. The position of holds does not change and competitors must simply climb it as quickly as possible. The difficulty of the route only equates to around 6b so it may sound easy, but trust me it’s not! Speed-specialists can put down times of 5-6 seconds with other competitors timing at around 8-9. 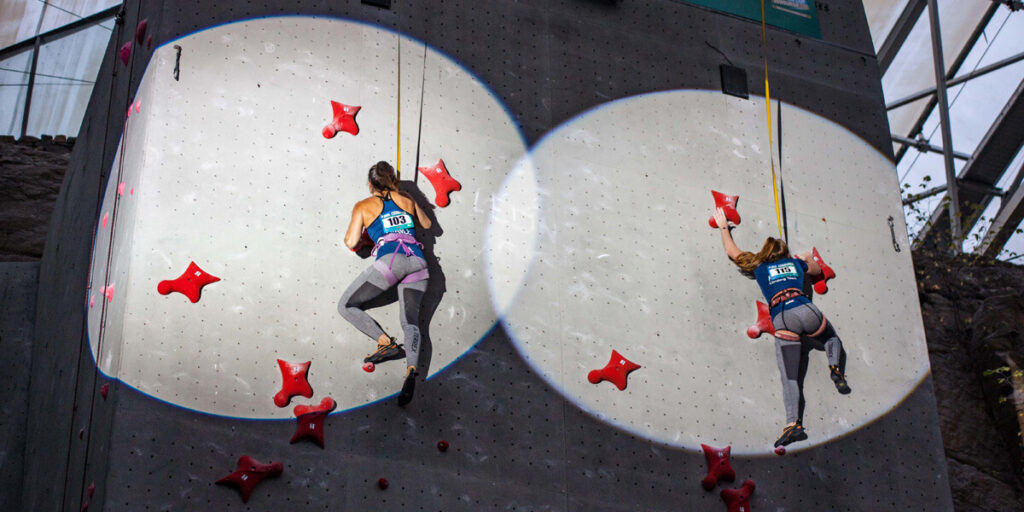 THE ONES TO WATCH in this round are Aleksandra Miroslaw from Poland in the Women’s and Rishat Khaibullin from Kazakhstan in the men’s. Though Tomoa Narasaki, who is not a speed-specialist is pretty rapid up the wall as well.

From the speed round you get a ranking point depending on where you finish… 1st= 1 point, 3rd= 3 points etc. This is the same in the boulder and lead rounds. At the end of the comp, your scores get multiplied together and the person with the lowest number wins. This means every rank in every round counts which is why it is so important to win your preferred discipline.

Next is the Boulder round. Bouldering is where climbers tackle low or lowish level ‘problems’ over soft mats, without a rope. The technical difficulty of moves is likely to be the hardest in this round. Here competitors will complete 5 boulders and have 5 minutes to do so. They won’t have seen the boulders before. This round will be a visual treat. You’ll likely see all those crazy parkour jump moves that are so impressive to watch! 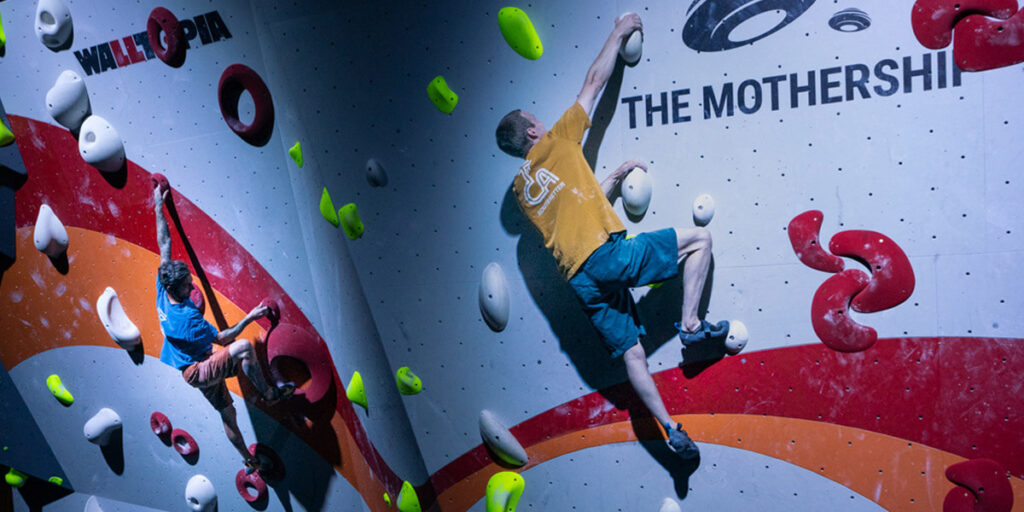 THE ONE TO WATCH here is Janja Garnbret from Slovenia in the Women’s and Tomoa Narasaki from Japan in the mens, both are exceptional at those coordination moves.

The third and final discipline is lead climbing, where climbers ascend an overhung wall, attaching a rope as they climb higher – which only helps them if they fall. Lead is a proper endurance test to see who can get highest up the lead wall. If competitors reach the same heights or the top, their time will become a factor. This round will be a real test of the athletes’ overall fitness, as they would have already competed in two disciplines beforehand!

THE ONE TO WATCH again is Janja for 1st place in this discipline, but the young American Brooke Raboutou or Italian Laura Rogora will be a good challenge for her. In the men’s category, I always think it is unwise to bet against Adam Ondra (pictured) – I mean he is the best climber in the world!

THE FINALS AND WINNERS

After all the disciplines the scores will be multiplied and the top 8 decided. These 8 go into the final round, this follows the same format but on a different day to give the athletes time to recover. After this round, the Olympic Champions will be crowned! For a better understanding of each round, watch this excellent explainer from the International Federation of Sport Climbing.

You don’t have to be an athlete to try climbing. TCA has 4 climbing centres in Bristol and Glasgow. We offer bouldering and roped climbing in both cities. Visit our locations for more info on courses and offers. The only official IFSC World Record Speed wall in the UK is situated in Edinburgh International Climbing Arena. Visit the EICA website for more details.

For a more in-depth look at all the athletes who have qualified check out UKC’s Olympic coverage. See the full schedule for climbing events in the Olympics.