From silent feet to rockovers and dynos – nailing movement and technique is a must for both beginners and long term climbers. Here’s a few basic techniques to start focusing on.

I’ve only been climbing since December and although I go once or twice a week and push myself to try as many different routes as possible, I knew something wasn’t quite right in my technique (if you could call it that). Whilst I was clumsily clunking up the wall and tiring myself out after short bursts, people around me seemed to move seamlessly across the walls.

So I signed up to the Movement and Technique sessions at TCA; three classes that focused on core skills that would improve anyone’s climbing (there’s even a weekend intensive class for people who aren’t usually free in the evenings). Here’s just a few things I learnt!

Climbing with bent arms can affect your climbing in a variety of ways. For example, it’s often a sign that you’re using your arms to support your weight more than is necessary, resulting in fatigue a lot earlier on a climb. Secondly you’re restrict the length you can reach, making holds seem impossible when really they’re just a stretched arm away.

It sounds like a simple technique but it’s an exceptionally important one that will make you a better climber.

When I started climbing, my feet were crashing against the walls whilst I pulled myself up with my arms. They felt more like they were there to support my physical strength rather than drive my movement. However, I quickly learnt that feet should be the basis of your movement.

One technique we focused on during the course was twisting our feet. Twisting your feet changes the whole way you climb, allowing you to keep your arms straight and climb routes a lot quicker, without using too much physical strength and energy. 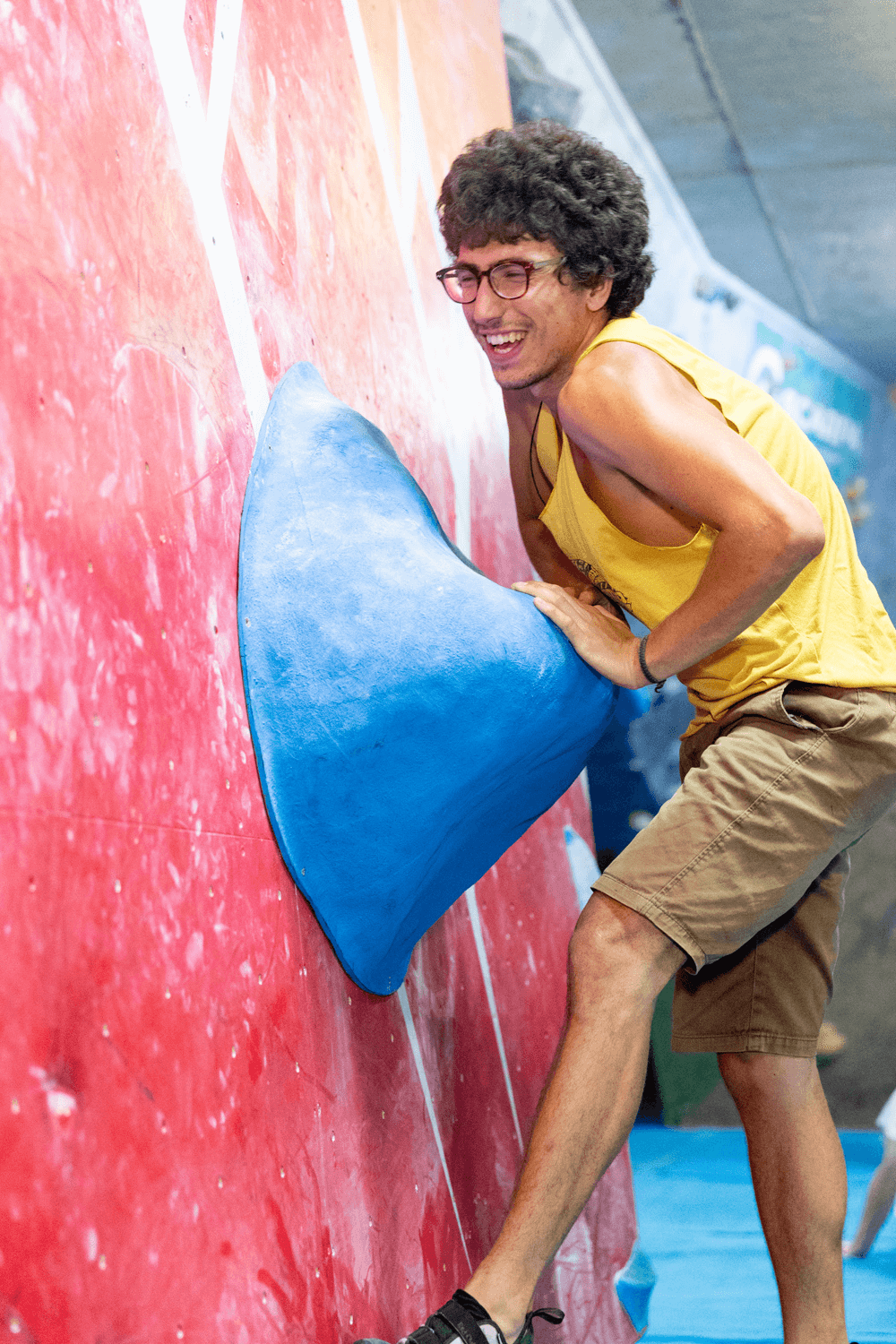 Keeping your arms straight and twisting your feet is all well and good when you’re climbing straight up, but it becomes a little tricker with more complex routes. This is where flagging comes into its own.

To put it simply, flagging allows you to use the wall to support your body weight when you’re reaching for another hand hold. It allows you to straighten your supporting leg (the one still on a hold) and therefore reach upwards with a straight arm. There’s many different positions you can flag your leg, but the image below is a great example of how it can be used!

A rock over is basically the shifting of weight from one side of your body to the other, enabling you to move yourself in a new direction with ease. Imagine stepping up a curb; during this movement, there’s a shift in your weight from the back leg to the front, allowing you to move forward. If this shift of weight wasn’t present, you’d be unable to move anywhere!

This same movement applies in climbing. Moving from one hold to another (particularly with slightly higher holds) requires you to move your body weight from your back foot. It can be tricky to shift this energy, but after a few practices, you’ll be able to step across the holds that might have seemed impossible before. This movement also allows you to climb walls a lot quicker, allowing you to cover large spaces and reach higher hand holds in one step.

Even when you’ve given all these movements and techniques a go, some holds can still be out of reach. That’s where dynos come in! In essence, this is pretty much jumping from one position to another. Compared to other movements here, this is a lot more physical and does require utilising upper body strength.

To execute this movement, bend your knees as much as possible and straighten your arms completely. Then look up at the hand hold you want to reach; if you don’t, you can easily misjudge your angle and fall away from the wall. Finally, push up with your legs as hard as you can. Both arms and legs will leave the wall and your hands should be the first thing to connect again with a hold.

We covered a lot more in these sessions than I can squeeze into this post, but perhaps the most important thing to say is that practice makes perfect. It sounds naff but it’s true. The only way to improve your climbing is to keep working on these movements and techniques. It’s incredibly easy to let old habits slip back into your climbing so you’re going to have to dedicate some serious time to reteaching yourself.

If you’re new to climbing or just want to brush up on your movement and technique, make sure you check out the Coaching Sessions we offer at your local wall.